Music is all around us. It flows not only out of radios, players, tape recorders, acoustic systems. No. Definitely, there is a great variety of sonic sources, which can be encountered everyday, always and everywhere. Luis Antero, whose work had already been reviewed here (Out Level’s “Delay (Guitar Solo #4)”), is one of those dedicated field-recordings lovers, who again proves this fact. In his work, released on Wandering Ear label, called “Factory Music”, he portrayed the musical potential of industry, its ability to give an aesthetic pleasure with its abundant saturated drones, hisses and knockings. Listening to works of field recordings can be successful in the case of greedy perception of such tracks. Complying with this, you are sure to feel the depth of the sound, and maybe the soul of the initial sonic resource. So, cross the threshold of Luis Antero’s Factory. 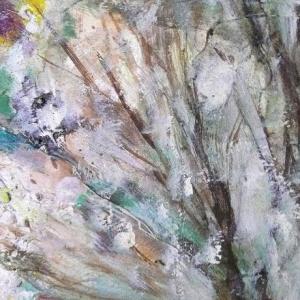 Do you want to hear some alternative kind of playing guitar? So, go to Biodata netlabel, where you can find a bizarre release of Out Level, called “Delay (Guitar Solo #4)”. The technical point of the album is clear – the artist uses guitar and guitar effects, the leading of which is Delay – a nice instrument for making any sound psychedelic, tending to infinity. Listening to these 5 tracks, you are obligatory to get a feeling of large space, where from different corners strange tickings, howlings and slidings entangle your inner screen. It is just a guitar, but it sounds like something more. Out Level’s music shows, that such an ordinary and habitual musical instrument, as guitar, can reveal itself as a source of new, almost unknown sounding. Though the tracks are named equally and in technical manner, as just the name of the guitar effect, I think, that they have something poetical and mystic in their very essence, because this ambience won’t make you indifferent, it will definitely give rise to new  echoing impressions, and, perhaps, it will give you inspiration to find new properties of everyday things, especially sonic things. So, get some echoes with Out Level – the discoverer of Guitar Terra Incognita.