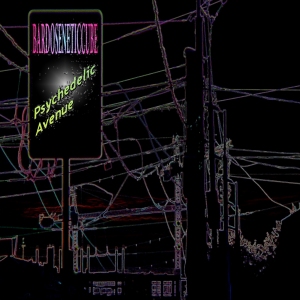 First greeting sounds promise a listener rather not an entertaining adventure, but they presage a complicated and bringing into thoughtfullness listening. You hear some kind of metal sounds, moanings; in general the complex, dramatic and metaphysical atmosphere is emerging. I don’t like to compare, but I see some analogy with the mystic climate of Robert Rich’s “A Troubled Resting Place” (1996), where the sounds of tibetan music were used. It must be noticed, that one of Bardoseneticcube’s member, Igor Potsukailo, had a pseudonym Bardo, which became the component of the name of the project. Bardo is a transitional period between death and reincarnation, when the soul leaves the physical body and endures multiple severe trials before materializing again in our world. The usage of such a pseudonym may imply certain interest of the artist in this subject area. Abundant application of field recordings, ethnic musical instruments and effects is obvious. The first track – “The Long Rusty Way” is a preparation of the listener to the entry into the gravitational field of the current work. I remember the first time, when I listened to this album. I added it into my player and decided to have a walk. Having heard the opening sounds of “Psychedelic Avenue”, I went farther, and reached the ruins of an abandoned military unit. The conceptual emanation of the album and the surroundings of the destroyed buildings fitted each other, as both of them were the symbols of the fact, that nothing is eternal, everything has its end. Also, this music is a great backing for a travel by Russian railroad, when you can contemplate pictures of  neglected villages, destruction and desolation. It should be noted, that “Psychedelic Avenue” is not just a simple musical and artistic work – it is a really mystical and spiritual experience of the authors. Track “Totem” is dictinguished by its weeping bizarre drone of the distorted guitar, occasionally, there appear sounds like shots. All the album is rather impregnated with sudden onsets of female humming voices. I must admit, that this work of Bardoseneticcube is a very interesting and meaningful piece of sound art, where all the elements are interconnected, and there is nothing superfluous in the multiformity of “Psychedelic Avenue”. It has a distinct structure with introduction (“The Long Rusty Way”), culmination (personally, I found it in “Totem”) and conclusion (“Hymn Of The New Beginning”), that, I suppose, displays the systematic and architectural approach of the artists. In my opinion, the word “psychedelic” in the title of the album is used not in that habitual sense, where the terms “hippy”, “sixties”, “LSD” are implied, but in its initial sense – the music sounds “mind-manifesting”, or “mind-elucidating”, as it enlightens the listener’s mind through vigorous and diverse experiences. It is a really serious album, that must be appreciated. So, have a walk through the “Psychedelic Avenue” with Bardoseneticcube.

This entry was posted in Uncategorized and tagged ambient, Bardoseneticcube, drone, experimental, self-release. Bookmark the permalink.