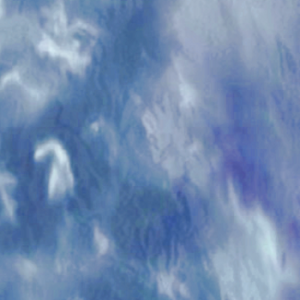 Occurrences In Rain is a collaboration project between two musicians, which work via internet and had never met physically; they are a Polish artist Bruno Janiszewski and an American artist Precipitous. By the moment they released three albums on their own bandcamp page, and now I will concentrate on one of them, called “Wafting Magic”. For me it was a sudden discovery, and I am really glad to come across such prostrating and enveloping ambient music. The album opens with “(They Were) Tuned To Wafting Magic”, which truly represents the tuning to some majestic kind of mood, as if making the listener ready to the artists’ flight of fantasy. It is worth mentioning, that on their SoundCloud page, the musicians give a detailed description of the tracks; this helps to plunge into their world deeper and thoroughly. You can hear various field recordings, which enrich the whole atmosphere – and it proves Occurrences In Rain to be thoughtful and serious ambient composers. Then comes “Sixteen Seconds Before Collapse” – a subtle, but dense airy drone with some metallic found sounds, having a very mystic and a little bit frightening (in the best meaning of this word!) environment. The sound is growing more strained and alerted – the track’s title contains the warning, that something must happen. “Anticipating A Sudden Lack Of Oxygen” again has some kind of agitated climate, with suddenly appearing howlings, squeaks, which later abruptly fade away, and appear once again. “The Inner Peace Of Profound Longing” represents a vibrating set of pulsing drone, oscillations of which, as if due to the frictional force, produces tangible warmth. This was the brief review of this album, I won’t perform an exhaustive vivisection, because primarily this music must be heard and listened to, as it really carries emotions, images and energy from the authors. So, get some “Wafting Magic” from Occurrences In Rain.

All tracks on SoundCloud

This entry was posted in Uncategorized and tagged ambient, drone, experimental, Occurrences In Rain, self-release. Bookmark the permalink.