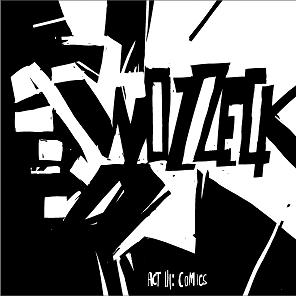 “Act III: Comics” by Wozzeck is the first release on Russian Petersburg-based Intonema label, and it turns out to be a certain kind of experimental music specimen. The main participants of this project are Ilya Belorukov and Mikhail Ershov, also some other musicians took part in this recording. The album represents two tracks, where different 47 improvisational compositions, in a kind of developing succession, will disturb the atmosphere with their sudden sonic bursts. Actually different musical instruments are used here – saxophones, bass guitar, electric guitar, trombone, violine, synthesizers, clarinet, as well as samples of voices, which, mixing, give a really intricate sound canvases, or sketches. The sounding is rather variable – from nervous spasms, as in the first part of the album, to smooth and balanced drone, enriched with muffled fuss of the listed above instruments. The creator’s intentions are really unpredictable, you can’t know exactly, where the curve of their mental activity will go. It somehow reminds me of the opposition between those short microexplosions and long and almost relaxing ambience in the second track. Beyond all doubts, the album is strange, and at the first glance it may seem a chaotic crowd of acoustic impulses, but just on the contrary – it is a conscious, purposeful and inspired act of creation, where the author’s skills and artistic abilities are clearly visible.

This entry was posted in Uncategorized and tagged ambient, experimental, Intonema, Wozzeck. Bookmark the permalink.